Speed is the distance that the train travels in a second. The game measures distance using in-game meters. One meter equals one tile. For example if the train speed is .250 m/s the train advances one tile in four seconds.

The speedometer in the top left corner of the screen shows the initial speed of the train when it leaves the station, calculated by the base speed of your train engine itself and the distance since the last engine upgrade. The speedometer increases every time a station is reached or skipped and increases or decreases proportionate to the number of players in your game. The train speed is automatically adjusted when connecting to and disconnecting from the game. Inside the shop, the speedometer can be reset to the starting speed by upgrading the engine. However, upgrading the engine increases the base speed permanently.

The following graph shows the speed in relation to distance without engine upgrades in legacy and current builds with varying player count: 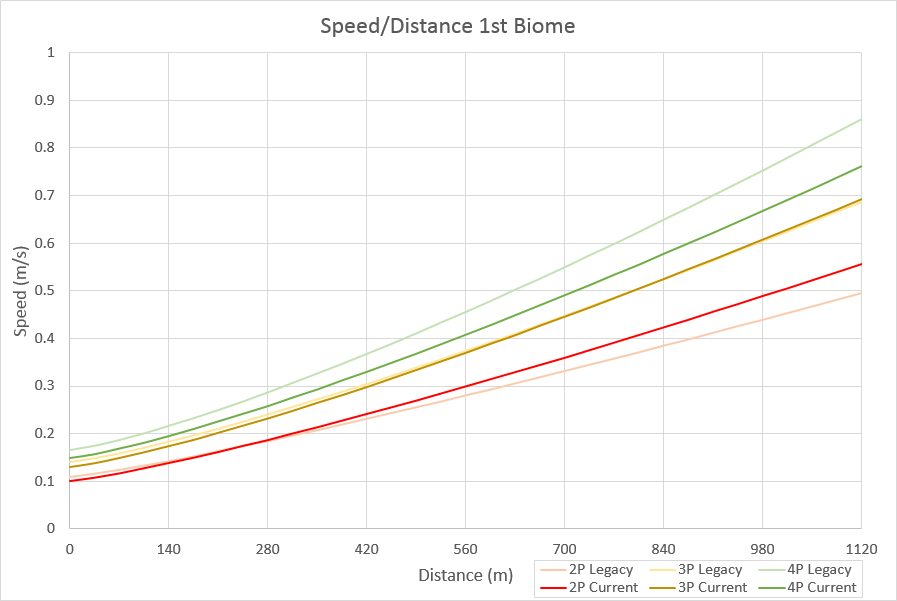 The formula for speed is a polynomial y = ax^2 + bx + c, where y is speed, and x is distance. The following table shows coefficients that fit the curves in the graph above quite closely: